Prison abolitionists question the moral and political justifications of imprisonment and call for the radical reduction or elimination of the use of prisons as they are currently constituted.  Abolitionists are concerned about the harmfulness that prison causes to those imprisoned, victims, families, prison staff and society at large.  They are also concerned with the continued failure of prisons to fulfil any of their stated aims or purposes.  Below we consider a range of questions that often arise whenever the idea of prison abolition is raised and offer some detailed, but concise, responses that may be used as a resource for those who are new or wish to learn more about abolitionist ideas. 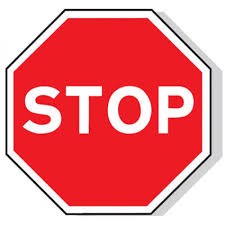 Over the last 200 years, many societies have experimented with various prison reform interventions.  Yet no reform initiative has ever improved the effectiveness of the prison.  Moreover, the foundations on which imprisonment is based are fundamentally flawed.  Prisons are designed to exact particular kinds of punishment: loss of liberty and rights, social isolation, and austere material living conditions.  They are coercive environments in which genuine treatment/rehabilitation/care cannot be provided because they are incompatible with the delivery of punishment. Additionally, pain infliction – no matter how lenient or harsh – is an ineffective means of changing behaviour.  There is no evidence it works under any circumstances but much evidence that punishment (especially severe punishment) encourages violent or otherwise undesirable behaviour.  Thus, the idea that the particular punishment that prisons deliver will transform people and encourage (or force) them to lead better lives upon release is fundamentally flawed.  In an intentionally punitive environment, reform measures are futile.  Through easing moral concerns about the inevitably negative impact of pain infliction, penal reform can actually make it easier for governments to reinforce a given society’s reliance on the prison and increase prison expenditure and expansion. The important lesson is that no measure of reform can ever remedy the harms generated by the prison.

It is important to recognise that, for the most part, prisons aren’t ‘filled’ with dangerous people.  In England and Wales, around 60% of the prison population are held for non-violent offences.  And, of the 40% who have committed a violent offence, very few indeed have been deemed so dangerous that they cannot be released (as of 2016 only 54 people were serving whole life sentences).  The imagined monsters of our nightmares – that is, the serial killer or the otherwise wildly dangerous individual – are exceptionally rare.  The average person who enters prison has low educational attainment and poor literacy/numeracy skills, is unemployed and comes from a lower income or impoverished background.  There is a stronger link, therefore, between poverty and prisons than there is between dangerousness and prisons.  In the U.S. around 16,000 people die each year as a result of street crime.  Contrast this with the 55,000 who die as a result of corporate criminal negligence.  A similar story can be told in many other countries around the world that promote the interests of (Neo-liberal) capitalism above the needs of their people. The way we all think about dangerousness and the structures we put in place to protect ourselves from various dangers needs to be reconsidered.  Prisons, and the harms that prisons respond to, distract us from thinking more carefully about a wider range of dangers that are more imminently and universally harmful than ‘street crime’.

Serious interpersonal crimes are, of course, a grave concern for any society.  The reduction of violence (in all its forms), harm and unnecessary human suffering sit at the centre of abolitionist thought. Placing people in prison to punish them for what they have done has been repeatedly proven NOT to work and, in fact, frequently stimulates rather than calms violence.  If heightened public protection and reduction in violence and harm is what we hope to achieve – particularly for women, children and other vulnerable groups – then we first need to consider why acts of violence, such as domestic and sexual violence (for example), occur in the first place.  These types of crimes are associated with power imbalances and social structures that objectify, demean and treat women, children and other vulnerable groups as less than fully human.  Societies that tolerate inequalities or that refuse to fully recognise the rights and autonomy of all social members are complicit in the violence that is then perpetrated against these groups.  When horrendous interpersonal violence against vulnerable people happen our first priority must, of course, be to ensure the safety of the person concerned.  However, removing a perpetrator of interpersonal violence from society altogether and placing them in isolated, brutal conditions is surely the worst action to take if the goal is for them to learn to live more safely alongside other social members.

Similar arguments put forward in the previous response also apply here.  Additionally, if the goal of a justice system is to denounce or condemn particular actions and to try to prevent them happening again, then imprisonment is not the most efficient means of achieving these goals.  Prison environments are full of power imbalances, racial and sexual violence, discrimination and hierarchical social relationships.  All of these elements of the prison environment can, therefore, reinforce the same ideas and social divisions that those who perpetrate hate crimes bring into prison with them in the first place.  Prisons utilise and reinforce imbalanced and harmful power relations and are more likely to exacerbate hateful ideas rather than challenge or reverse them.

Of course there should be a proportionate response when somebody does something wrong.  No prison abolitionist would disagree with this idea.  But, the logic that ‘prisons are there because they threaten a consequence or act as a deterrent for crime’ is false.  Firstly, there is no evidence that deterrence works – we simply cannot measure an action which does not happen.  Secondly, on the basis of the evidence we do have – over 200 years of experimenting with the use of imprisonment – no matter how lenient or harsh the punishment given, there is no discernible deterrent effect on rates of crime.  This holds true at different points in history and in different jurisdictions.  It is even true in places that continue to use the death penalty.  In States that retain the death penalty in the U.S. the murder rate is HIGHER than the States which do not use this ultimate form of punishment.

The needs and desires of victims are not well served by current criminal justice practices or by the use of the prison.  Many victims want a) never to be harmed again by the perpetrator and b) for the perpetrator never to harm anyone else in this way again.  Very few victims of crime actually call for revenge.  Moreover, revenge itself can be profoundly damaging for victims who may become “consumed by the wound”.  And, in this way, a response to crime motivated by revenge can fail victims as much, if not more, than it fails perpetrators and society at large.  There is no doubt that when a serious harm occurs something must be done in response.  There must be some attempt to realign the imbalance and the injustice that has occurred.  But this should be tangible and meaningful and, crucially, not produce further harms – to anyone – including the perpetrator.  Most importantly – for victims – sending someone to prison certainly does not ensure that person will never commit the same crime again.  And, in fact, in some cases it can make it more likely for the person to return to crime upon release.   So, if the goal is to prevent a perpetrator from ever committing further crimes, prison is not the answer. 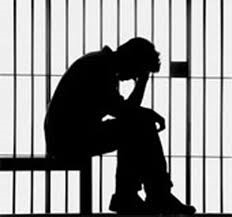 No.  They aren’t.  Prisons have continually failed to ‘solve’ people’s problems through ‘treatment’ or other ‘rehabilitation’ strategies.  Prisons are, first and foremost, places of punishment.  Rehabilitation and punishment are incompatible.  As the saying goes: ‘you cannot teach people to be free in captivity.’  This means that the basic structure of the prison is ill suited to showing people how to live safely in a free society.  The idea of rehabilitation is also too narrowly focused on trying to change or ‘treat’ an individual.  Prisons are more closely linked to poverty than they are to dangerousness (see Question 2 above).  The individualised focus of prisons mean that they are unable to address any of the social conditions – education, limited employment or housing options, community support structures – that need to be met for people to be able to live better and more safely in society.

We cannot lock our way out of the crime problem.  The ‘crime of the streets’ is generational – many lawbreakers desist from ‘street crimes’ as they get older and another group of people (the next generation) become lawbreakers. Following a policy of incapacitation therefore requires disproportionately long sentences and a constant influx of new and younger prisoners.   Where would indefinite detention ever end?  Locking people up for short or long periods of time may only delay, intensify or displace crime problems.  It can also create ‘capacitating’ effects in the sense that new lawbreaking skills can be learnt in prison, in response to the damaging and anti-social environment of prison life.  Additionally, when a family member is sent to prison it increases the chances that further family members will also follow the same path.  Prisons are part of the crime problem, not a solution to it.

It is sometimes argued that protecting the rule of law requires that the guilty are punished.  However, should the rule of law not be accountable first and foremost to those it is intended to protect, as opposed to those it rules against?  By focusing on actions against perpetrators as a measure of the law we lose our focus on compensating, responding to and caring for victims.  Thus a major reconfiguration of the way the legal system works would be the first step towards abolition.  This is especially urgent in the modern world where prisons – more than ever – are little more than symbols of an older, antiquated, bleak, inefficient and technologically backward time.  The time when inefficient practices that do little to protect victims and even less to address the complex needs of perpetrators (and in most cases worsens their needs) is rapidly slipping away and should be consigned to the past.  A new approach to thinking about how a modern society manages harm, crime and victimisation is long overdue. 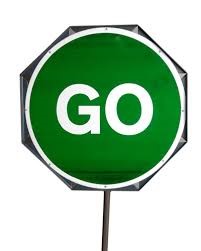 There is no single solution.  The idea that there can be one is another myth that the use of the prison perpetuates.  There are a number of alternative responses that could be utilised, including, for example:

Relying on the idea of imprisonment to solve our social problems has made us lazy and thoughtless.  Creating and living in a peaceful society takes a significant amount of on-going work.  It requires that we build social justice and community capacities, investment in the economy, education, housing and in human beings.  Removing the prison from the social equation must be a starting point, not the end goal.  Once we relinquish our reliance on these harmful and ineffective institutions, we can then begin the building process of finding fairer, more just and equitable solutions to our deepest and most fearsome social problems.

8 thoughts on “Prison Abolition in Question(s): Part One”